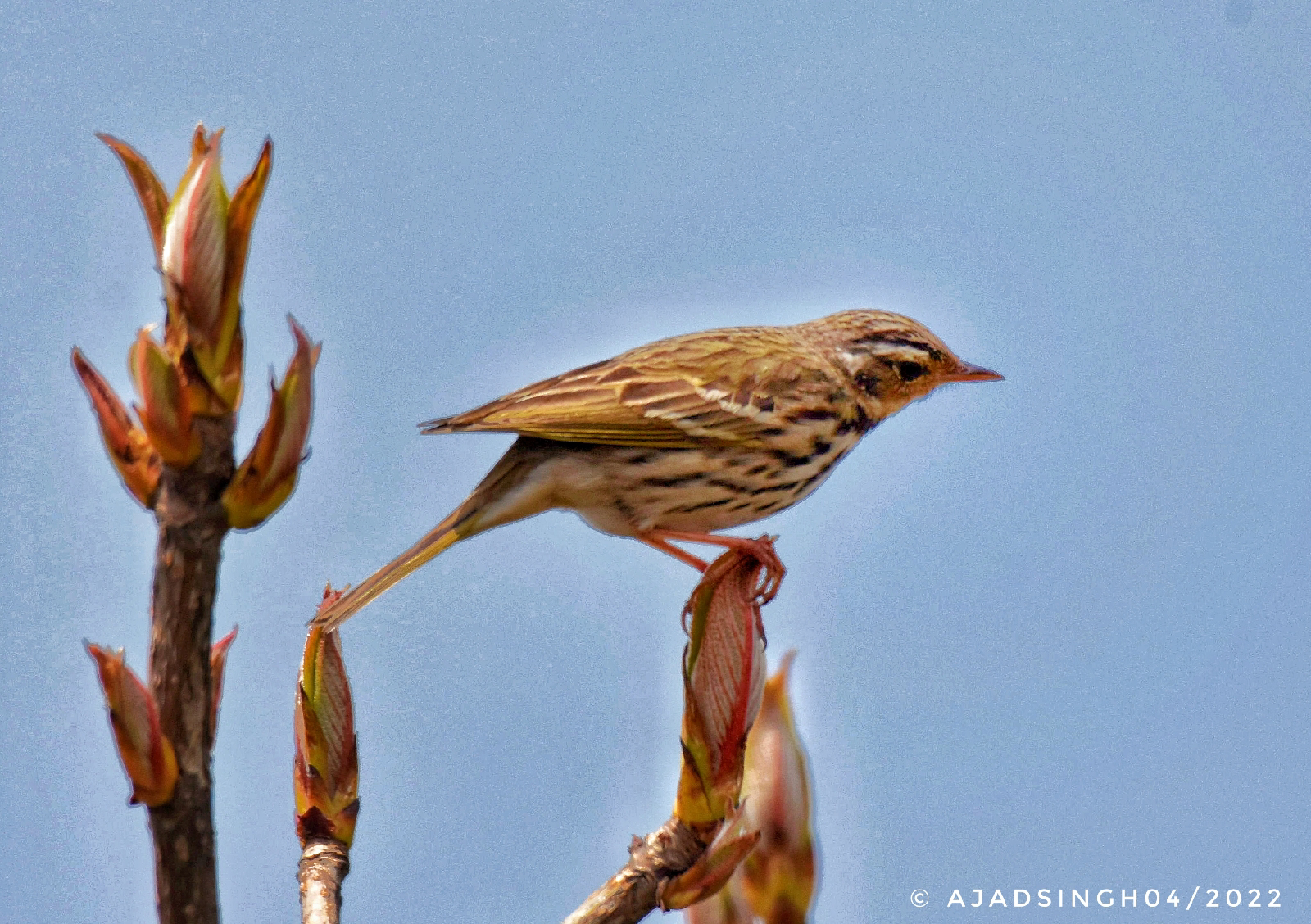 olive-backed pipit  (Anthus hodgsoni) Indian pipit or Hodgson's pipit Zuluk Pangolakha wildlife sanctuary Old silk route East Sikkim April 22 Nikon Gears Full screen mode recommended for details This  is a small passerine bird of the pipit (Anthus) genus, which breeds across southern, north central and eastern Asia, as well as in the north-eastern European Russia. It is a long-distance migrant moving in winter to southern Asia and Indonesia.  Greenish brown streaked with darker brown above. Supercilium, double wingbar and outer rectrices whitish. Whitish to buff below streaked with dark brown on breast and flanks. Sexes alike.  Seen singly or pairs. Runs about on the ground in search of food and flies up into trees when disturbed.
Post a Comment
Read more Bar-throated minla with nesting material  or chestnut-tailed minla  (Actinodura strigula),  or even bar-throated siva,  Zuluk Pangolakha wildlife sanctuary East Sikkim April2022 Nikon Gears This is a species of bird in the laughingthrush and babbler family Leiothrichidae. Traditionally, it has been placed in the genus Minla but is now placed in Actinodura. The species is mainly resident but may move to lower altitudes during harsh winters, coming as low as 1,300 m (4,300 ft). Among the forest types it may occur in are evergreen broadleaf forest, mixed broadleaf and evergreen forest, pine forest, pine or oak and rhododendron forest, rhododendron or bamboo stands. The diet of the bar-throated minla varies by season; during the summer months it is almost exclusively insectivorous, taking beetles, caterpillars and other insects. In the winter months it will also take berries, seeds, and nectar. It will join flocks of other babblers and yuhinas in the non-breeding se
Post a Comment
Read more 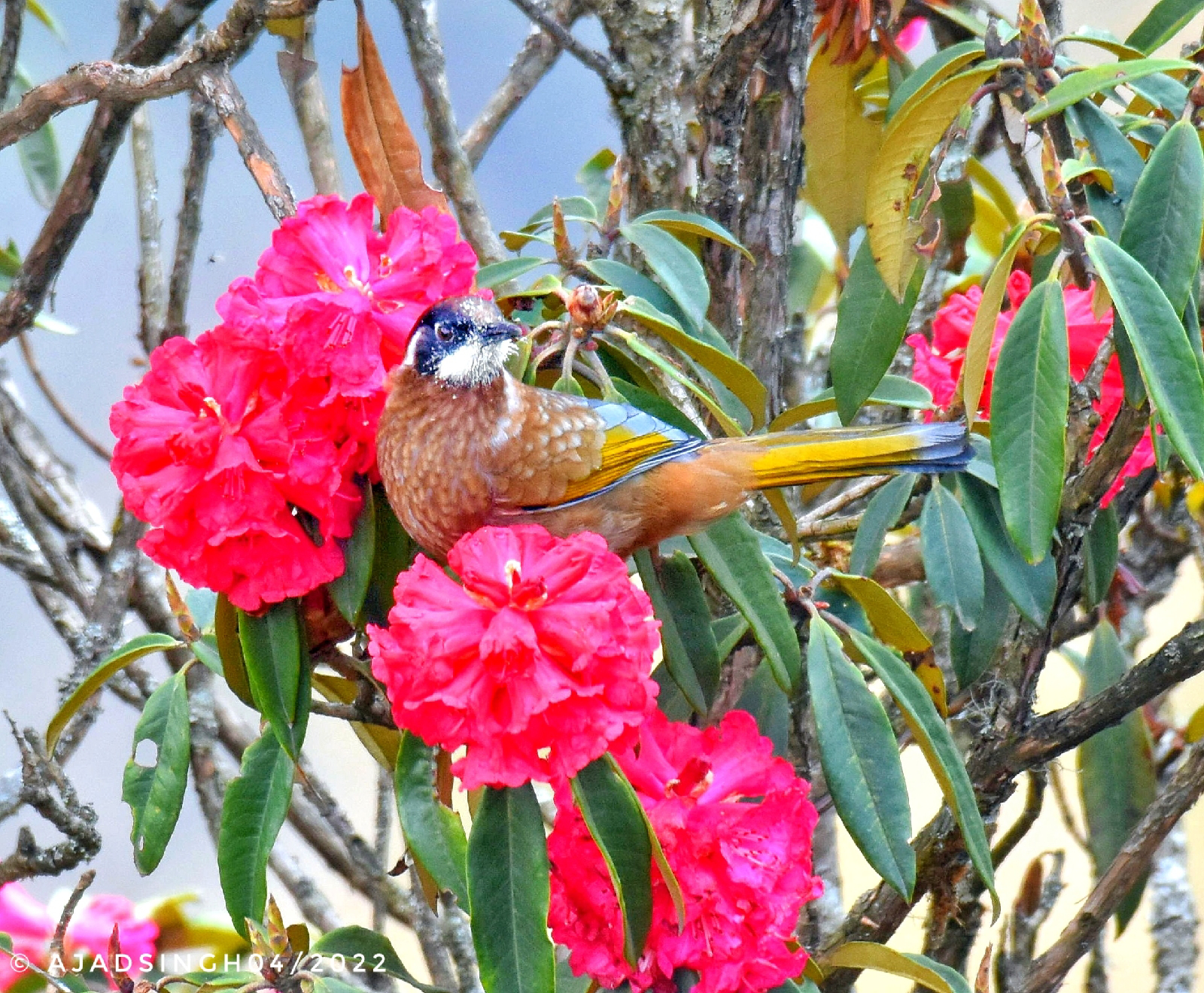 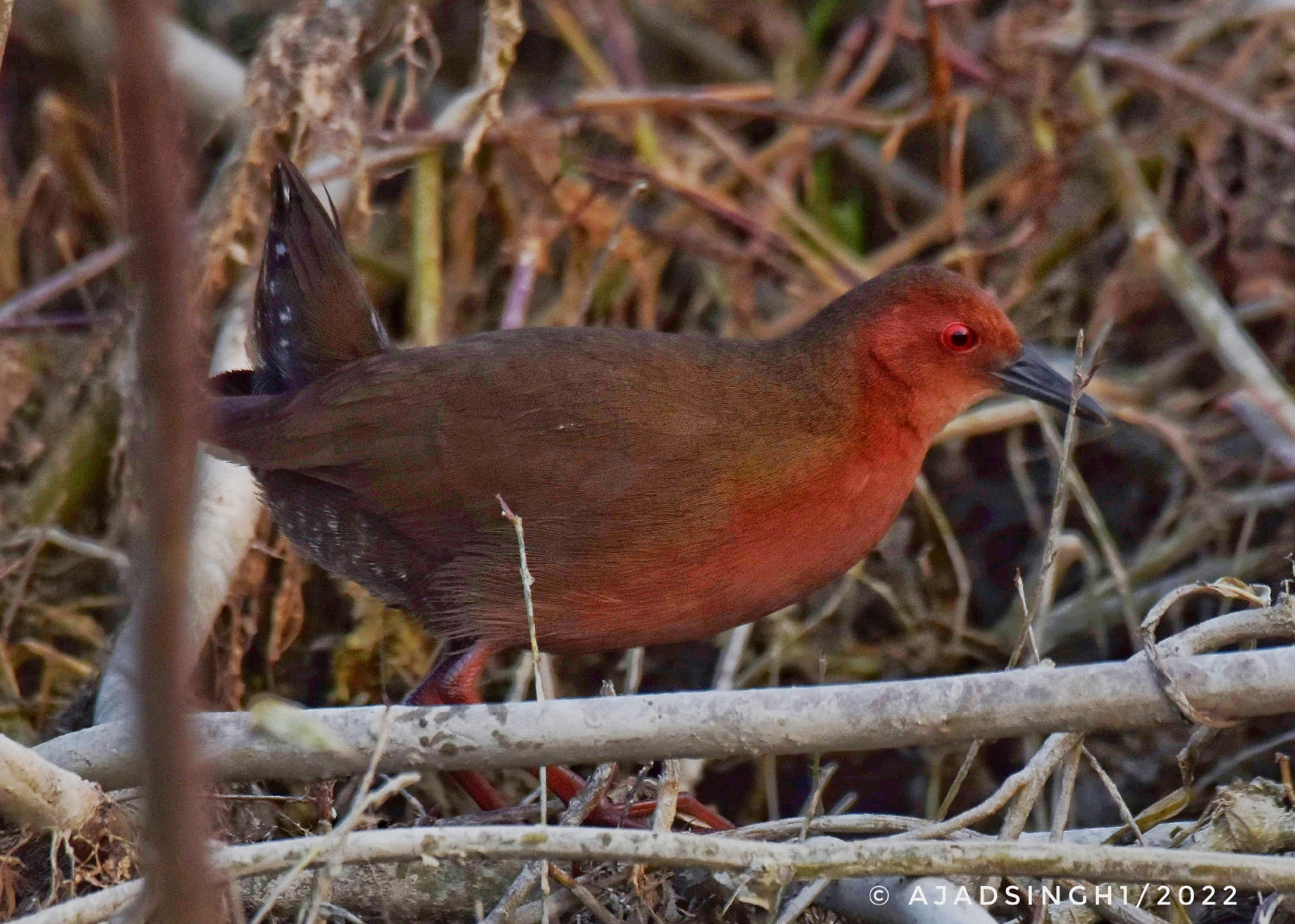 #Ruddy-breasted crake  (Zapornia fusca), or ruddy crake #Saryuwetland #Ayodhya Uttar Pradesh January 2022 Nikon Gears Full screen mode recommended for details *First time clicked in Ayodhya,very beautiful, vibrant coloured and very shy so really very difficult to click*. ruddy-breasted crake is a waterbird in the rail and crake family Rallidae. Its breeding habitat is swamps and similar wet areas across South Asia from the Indian subcontinent east to south China, Japan and Indonesia This is a waterbird in the rail and crake family. Small, chickenlike inhabitant of marshes, vegetated river edges, ditches, wet croplands, sometimes dry fields. Brown above, with orange from lower cheek to lower breast. Similar to Band-bellied Crake, but more brightly colored and lacks white wing markings. Retiring and difficult to see but not uncommon in some locations. Most often detected by song, an accelerating series of beeping notes, given from cover in early mornin
Post a Comment
Read more 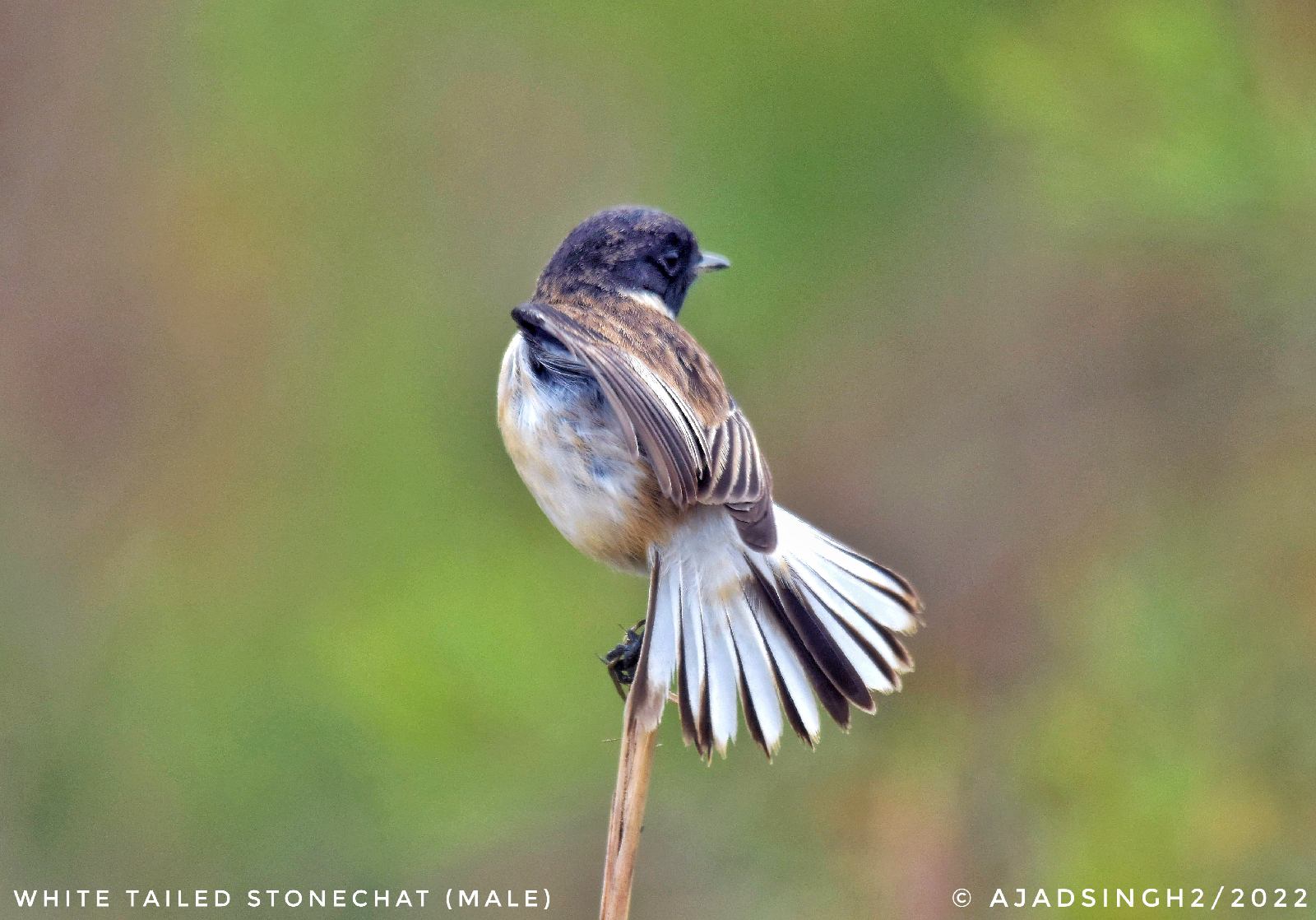 white-tailed stonechat  (Saxicola leucurus) #Saryuwetland #Ayodhya Uttar Pradesh Nikon Gears Full screen mode recommended for details *First tme recorded this rare beauty in Ayodhya*  This is a species of bird in the family Muscicapidae. It is found in Bangladesh, India, Myanmar, Nepal, and Pakistan Very similar in plumage to european stonechat (Saxicola rubicola). The male has black head, white collar and bright rufous chest patch. The back and wings are dark, with white on wing coverts and rump. The key differentiating feature from male common stonechat is the white inner webs of outer tail feathers which is visible when the bird spreads the tail in flight or while landing. Note that this may not be visible when the tail is folded. The female is very similar to female european stonechat, but is overall paler with duller rump, tail and wings.
Post a Comment
Read more 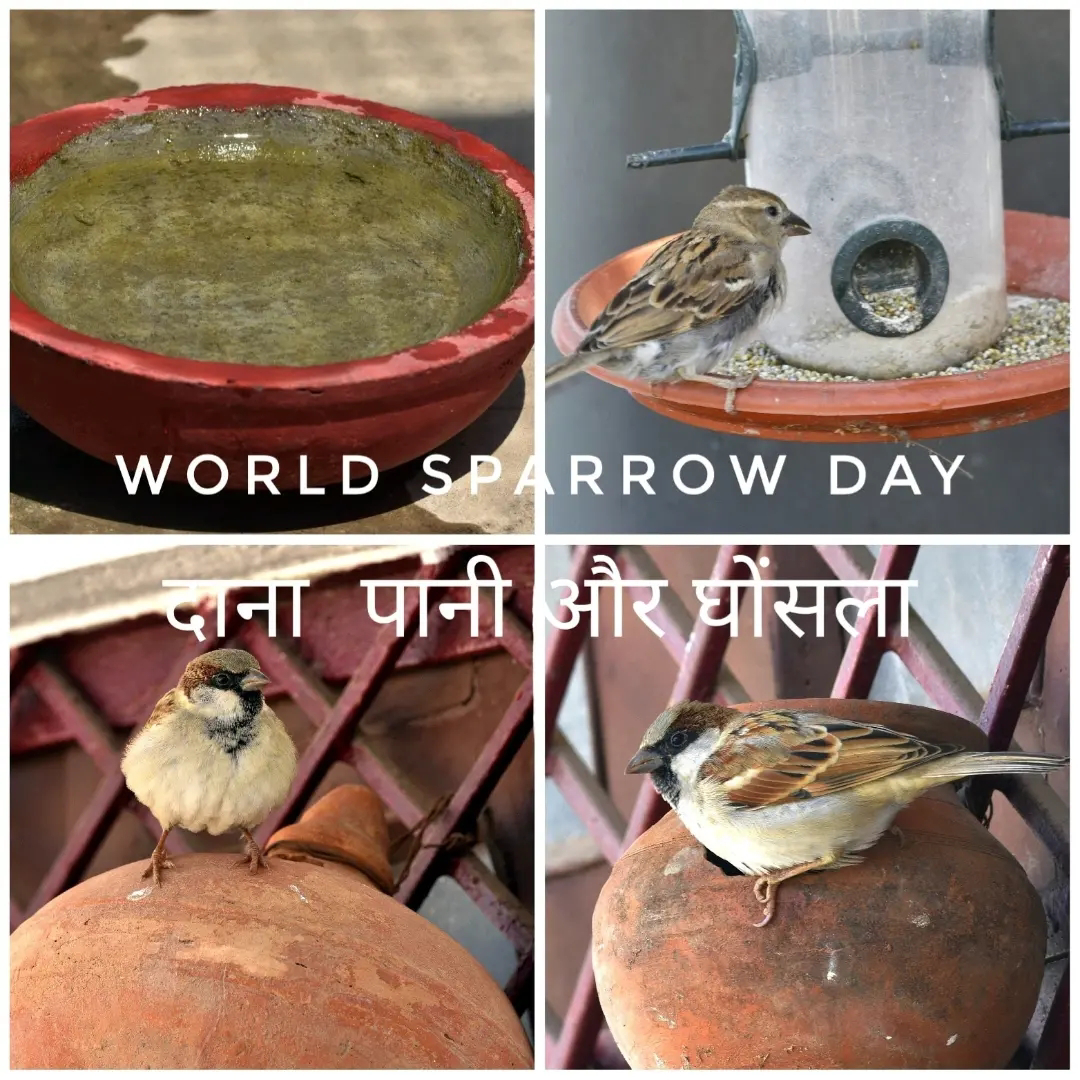 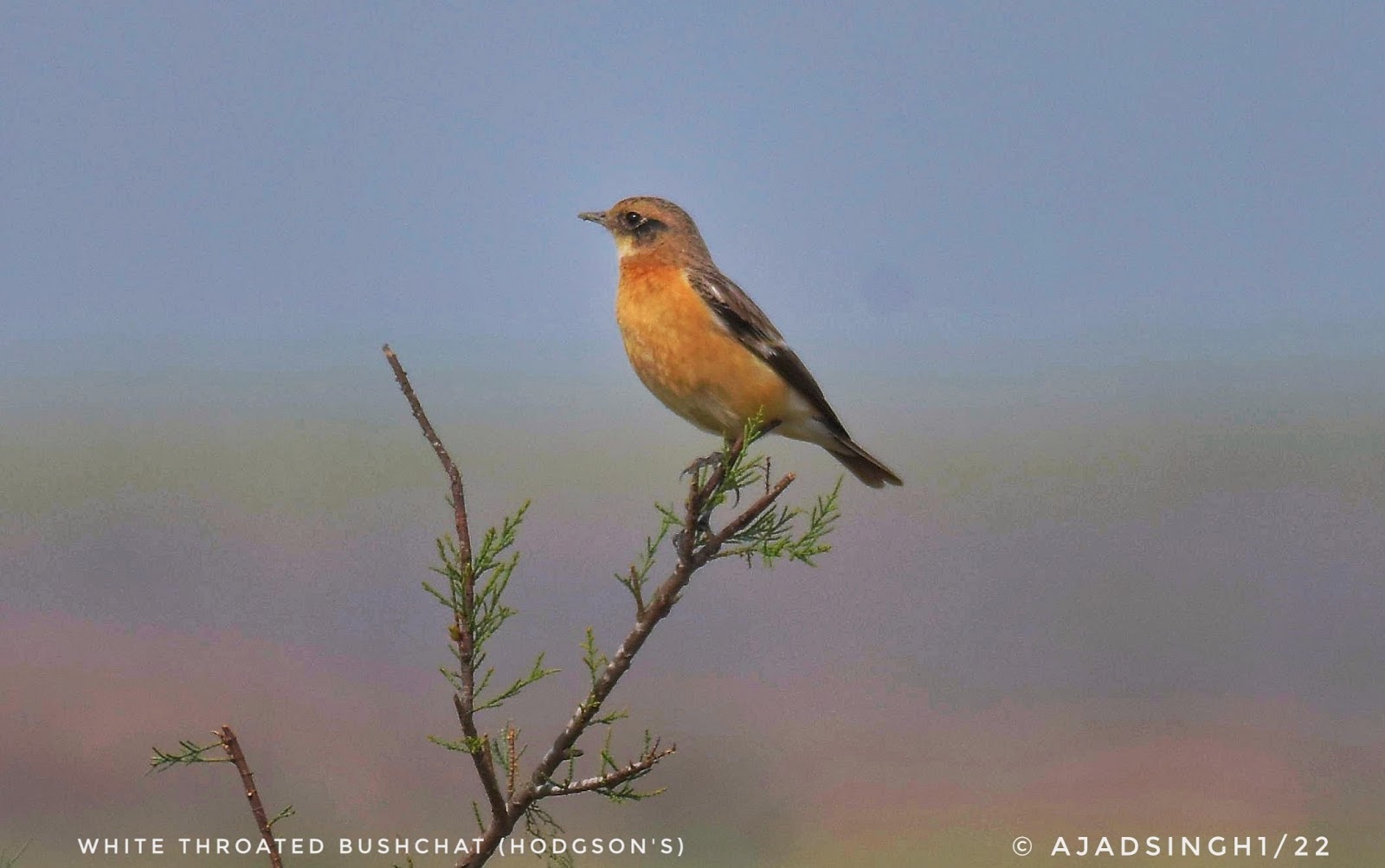 white-throated bush chat   ( Saxicola insignis ), Hodgson's bushchat , Saryuwetland Ayodhya Uttar Pradesh Nikon Gears Full screen mode recommended for details. *Extreamely rare sighting,only few record sighting in last 10 years from India* This  is an  Old World flycatcher  in the genus  Saxicola . It is  IUCN Red Listed  as  Vulnerable  by  BirdLife International . In 2001, the global population has been estimated at between 3,500 and 15,000 individuals. The major threat appears to be the rapid loss of grasslands in its wintering areas. It winters in the  Nepal  and  Indian   Terai  and in the  Dooars . In this region, it has been recorded in  Jim Corbett ,  Shuklaphanta ,  Chitwan ,  Kaziranga , and  Manas National Parks  and in  Lumbini Crane Sanctuary . It prefers wet and dry grasslands, reeds and  tamarisks  along riverbeds, and also occurs in  sugarcane  fields. In spring and summer, it breeds in the alpine or sub-alpine meadows and scrub i
Post a Comment
Read more
More posts